The Story and Strategy Behind the Saratoga Waterfront Park 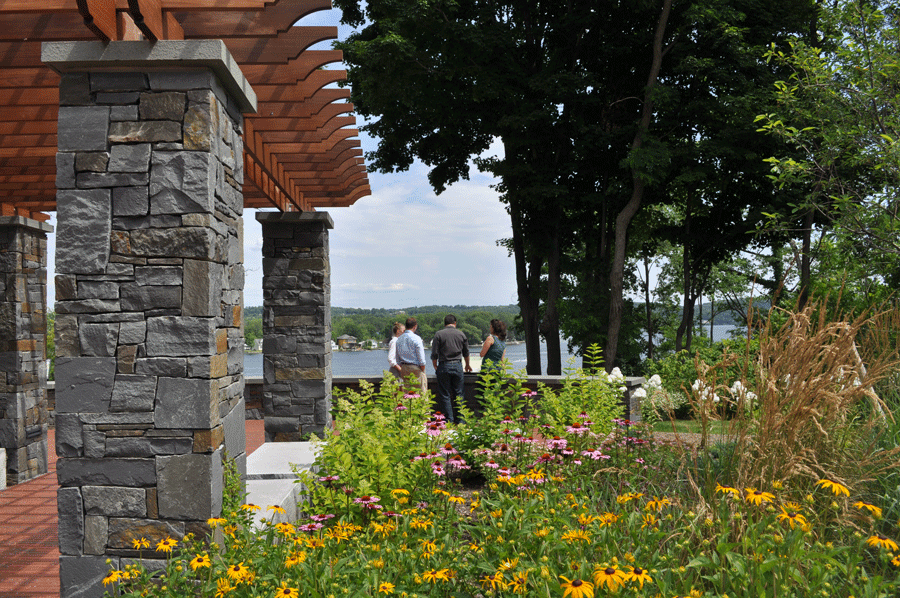 Returning the Lake to the Public

The LA Group has been a proud partner in reclaiming public access to our hometown lake, Saratoga Lake, with recreational and social amenities. The Saratoga Waterfront Park, located on the western side of Saratoga Lake in Saratoga County, New York, has been designed today to provide much-desired facilities for the future of our City.

The History of Saratoga Lake’s Waterfront 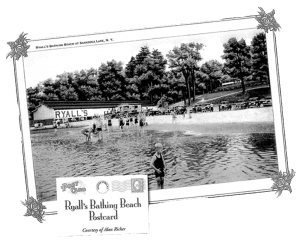 For centuries, Saratoga Lake has been a magnet for visitors. The freshwater lake, approximately 4.5 miles long and 1.5 miles wide was a sought-after site for Prehistoric tribes and Native Americans. Archaeological evidence shows that, as early as 1850 BC, people were using the fertile land along the lake and its major water source, Kayaderosseras Creek, to live and work.

Early pioneers set up camps and houses along the lake in the 1640s but its commercial activity didn’t kick off until the 1800s. The late 1800s brought diners, travelers, and more to Moon’s Lake House, the White Sulphur Spring Hotel, and Trolley Park (later Kayaderosseras Park). Starting in the 1870s, rowing regattas and races brought thousands of spectators to shores while swimming, boating, and fishing remained popular at places such as Ryall’s Bathing Beach. Recreational and residential use continued through the early 1900s in both summer (boating, sailing, swimming, fishing) and winter (ice fishing). 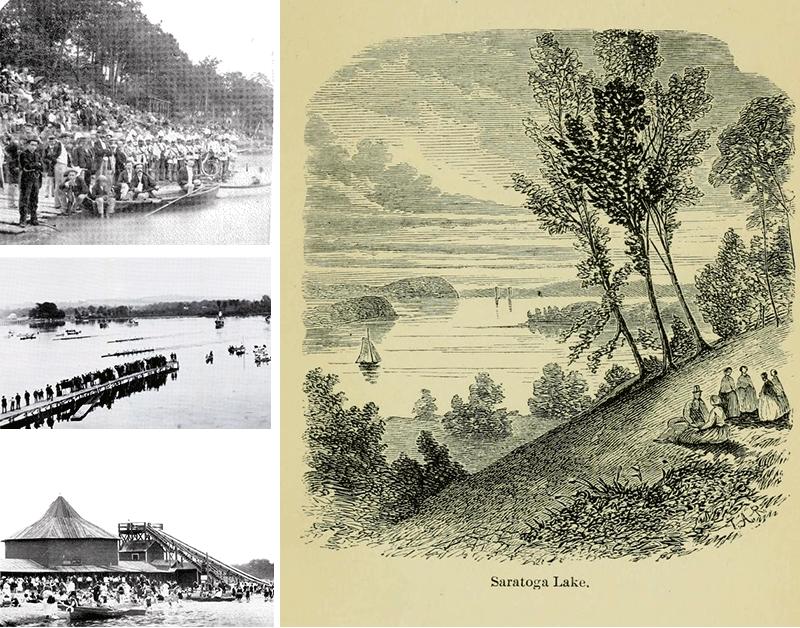 The Shift from Public to Private

While rowing continues to be a popular draw today (the country’s second largest regatta, the Head of the Fish Regatta, is held annually), the year-round recreational activity has slowed as residential construction grew and commercial ventures declined. The residential growth, while economically and socially positive, shifted the development focus away from public toward private access.

The City of Saratoga Springs is one of the municipalities that encompass the lake’s shores (along with the Town of Saratoga, Town of Malta, and the Town of Stillwater). The City determined that there were opportunities to re-establish public access to the lake when the project sites prior uses closed. But, with every opportunity come unique challenges. The LA Group partnered with the City to assess the opportunities, manage the challenges and create a working master plan for the Saratoga Waterfront Park.

Deciding What to Do, How to Do it

The initial step in the process included identification of the community needs and fostering support. Social, economic and environmental factors related to park viability were seen as key in the success of the endeavor. Use of community and municipal working committees to brainstorm ideas, discuss options and rank priorities was an integral tool in building consensus. 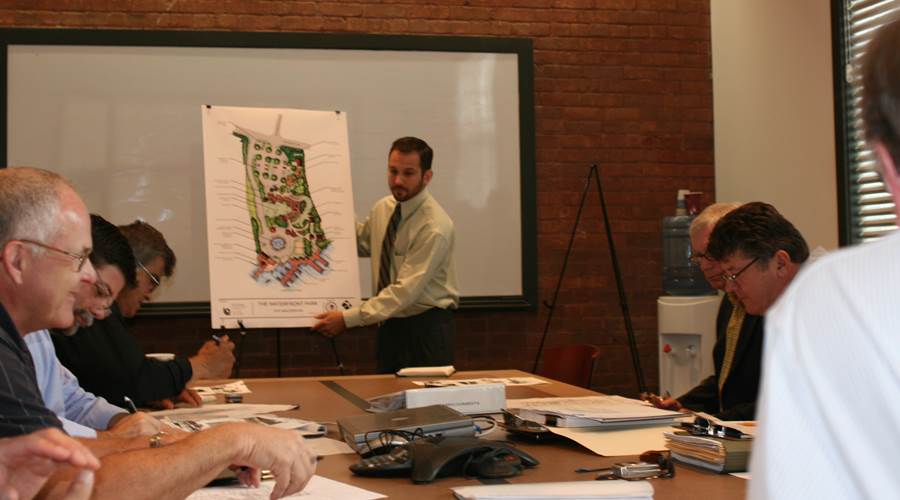 Master Plan: A Vision for the Future

Based on these parameters and goals, a long-term master plan was developed. Major features included: 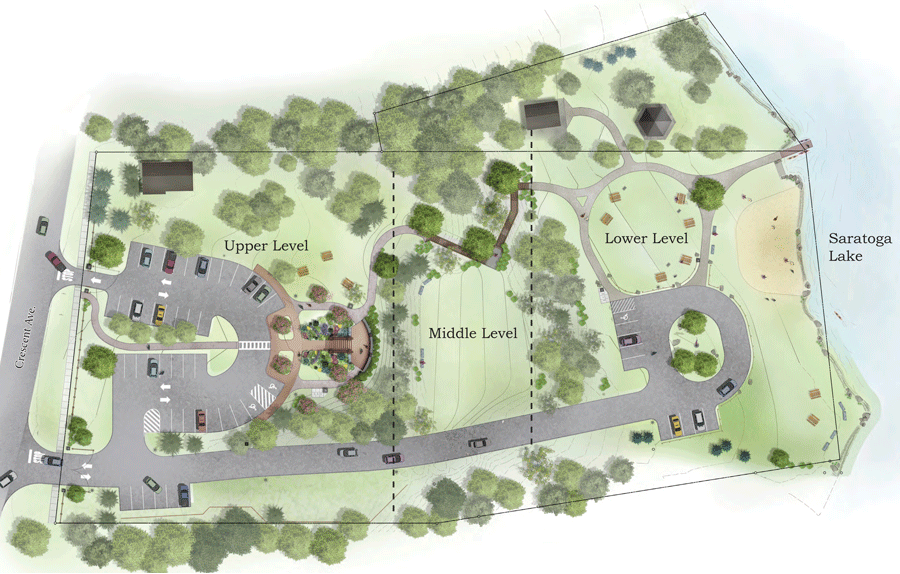 Based on current available funds, the maters plan was broken into phases. The LA Group prioritized project components and desired impact with respect to timing and budgets. Phase one was completed in Summer 2015.

Elements of Phase I included: 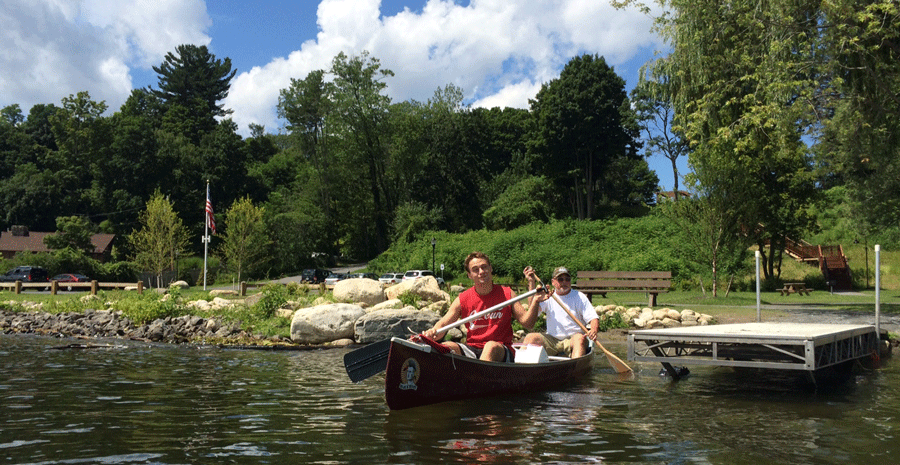 For more on The LA Group’s work at the Saratoga Lake Waterfront Park, please visit out portfolio.